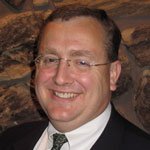 WASHINGTON, D.C. and BELLEVILLE, IL  (January 21, 2015) – National Association of Consumer Bankruptcy Attorneys (NACBA) announced today that Illinois bankruptcy attorney James J. “Jim” Haller is the new vice president of the organization.  Haller has served on the NACBA Board of Directors since 2008. He is responsible for spearheading NACBA’s Advocate and Grassroots Program and has represented NACBA members since 2009 in NACBA’s Liaison Committee with the Executive Office of the United States Trustee.  He also serves on NACBA’s Legislative Committee.

Serving approximately 3,000 members in all 50 states and Puerto Rico, NACBA (http://www.nacba.org/) is the only national organization dedicated to serving the needs of consumer bankruptcy attorneys and protecting the rights of consumer debtors in bankruptcy.

Haller has served as a panelist for several organizations including:  ABI; the National Association of Chapter 13 Trustees (NACTT); the Bankruptcy Association of Southern Illinois (BASIL); the Illinois State Bar Association; the Illinois Institute for Continuing Legal Education; Illinois Housing in Action; and the Illinois Attorney General’s office and the Land of Lincoln Legal Services.  He has been a member of the State Bar Associations of Illinois and Missouri since 1995 and 1993 respectively, and received his B.A. from Carleton College in Northfield, Minnesota and his J.D. from Washington University in St. Louis.

Haller said:  “It has been a pleasure and valuable learning experience to have served on the NACBA Board of Directors.  NACBA plays a critical role in protecting debtors in bankruptcy. It is a great honor to be chosen as Vice President of NACBA. I hope to take a very proactive role now in the organization’s leadership and agenda setting.”

For more information about the National Association of Consumer Bankruptcy Attorneys, go to http://www.nacba.org) on the Web.