A Session You Won’t Want to Miss!

Maximizing exemptions is a key to successful bankruptcy, but when does squirreling away assets go to far? Join Russ DeMott and James (Jim) Cossitt as they discuss this hot topic at #NACBASF 2016 in their session, “Squirreling It Away?Bankruptcy Exemption Planning.”

Russell A. DeMott is a 1993 graduate of the University of South Carolina School of Law and has been practicing law since 1995. During law school, Russ served on the South Carolina Law Review. Prior to going into practice, he served as a law clerk to the Honorable Harry A. Beach in the Allegan County Circuit Court in Michigan.

Russ is also certified as a Circuit Court Mediator by the South Carolina Board of Arbitrator and Mediator Certification and is a licensed financial advisor. 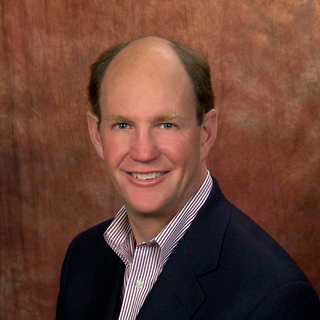 James H. Cossitt has practiced in Kalispell, Mont., since 1999 in the areas of bankruptcy & workouts, business & commercial litigation, real estate, landlord / tenant, secured transactions and construction law.   He began his career in insolvency law as a bankruptcy attorney with the FDIC in Des Moines, Iowa, served as a chapter 7 panel trustee in the N.D. of Iowa from 1988-95 and as a chapter 11 trustee in the W.D. of Michigan from 1997 to 2000.  Mr. Cossitt is admitted to practice in the state and federal courts in Montana, Colorado, Michigan and Iowa, is board-certified by the American Board of Certification in both Business & Consumer Bankruptcy Law.  He is a member of the American Bar Association, National Association of Bankruptcy Trustees, National Association of Consumer Bankruptcy Attorneys and a lifetime member of the American Bankruptcy Institute.  In addition, he is the Montana editor of West Group’s Bankruptcy Exemption Manual  and in 2009 was elected to a three-year term on the Board of Directors of the American Board of Certification (ABC).

As chair of the Task Force on Attorney Discipline’s Best Practices Working Group of the Ad Hoc Committee on Bankruptcy Court Structure and Insolvency Process, Mr. Cossitt supervised the publication of the “Working Paper: Best Practices for Debtors’ Attorneys”, 64 Bus. Law 79 (2008), which was a follow up to an earlier Report by the Task force, entitled “Attorney liability under section 707(b)(4) of the Bankruptcy Abuse Prevention and Consumer Protection Act of 2005”, 61 Bus. Law. 697 (2006).

A frequent speaker to professional and trade groups on bankruptcy and related topics, Mr. Cossitt was a member of a task force of US bankruptcy judges, law professors and others who consulted with the Slovak Parliament and research institutes in Bratislava, Slovakia, in 1993 on drafting a new bankruptcy law and the transition to a market economy.  He served as an invited lecturer at a Russian Bankruptcy School sponsored by the Iowa State University Center for International Agricultural Finance, held in Ames, Iowa, in 1995.  Mr. Cossitt received his B.A., with distinction, in 1982 from Iowa State University and his J.D. in 1986 from the University of Iowa College of Law.