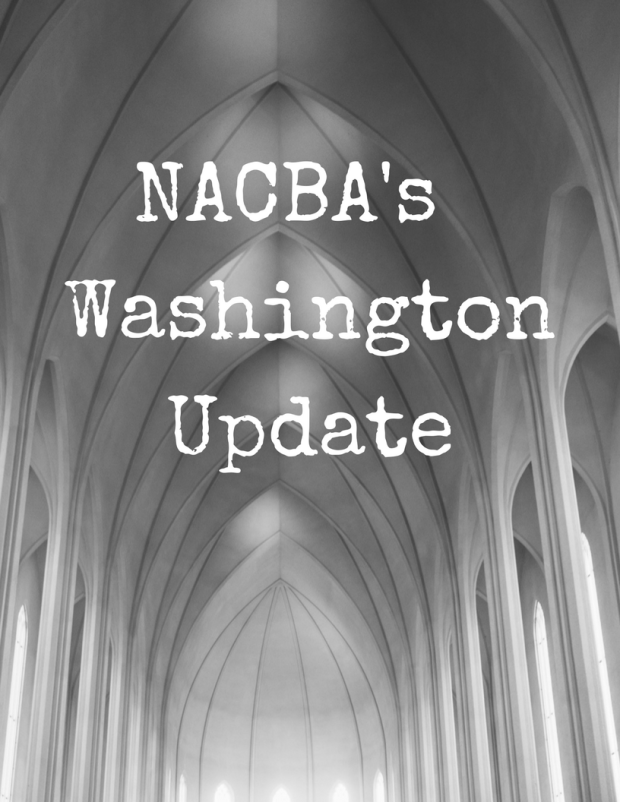 Stay updated on the significant and relevant activity on the part of Congress, regulatory agencies and interest groups/think tanks in today’s NACBA’s Washington Update.

ON THE HILL On Friday, December 1st House Republicans proposed a sweeping overhaul of a federal lawthat governs almost every aspect of higher education, a plan that would eliminate some popular student aid programs and impose restrictions on others. The legislation seeks to reshape higher education by limiting the federal role in a way that will make colleges and universities more responsive to the needs of employers while reducing taxpayers’ stake in the financing of education. The bill is the first significant step in the reauthorization of the Higher Education Act of 1965.

IN THE AGENCIES The U.S. Department of Education is convening a negotiated rule-making panel to try and create rules around student loan consumer protections. The panel will hash out two rules that were already negotiated previously: borrower defense to repayment, which was slated to be updated last July, and gainful employment, which was put into effect during the Obama administration but has not been fully implemented.

OTHER Amendments to the Federal Rules of Bankruptcy Procedure became effective December 1, 2017.